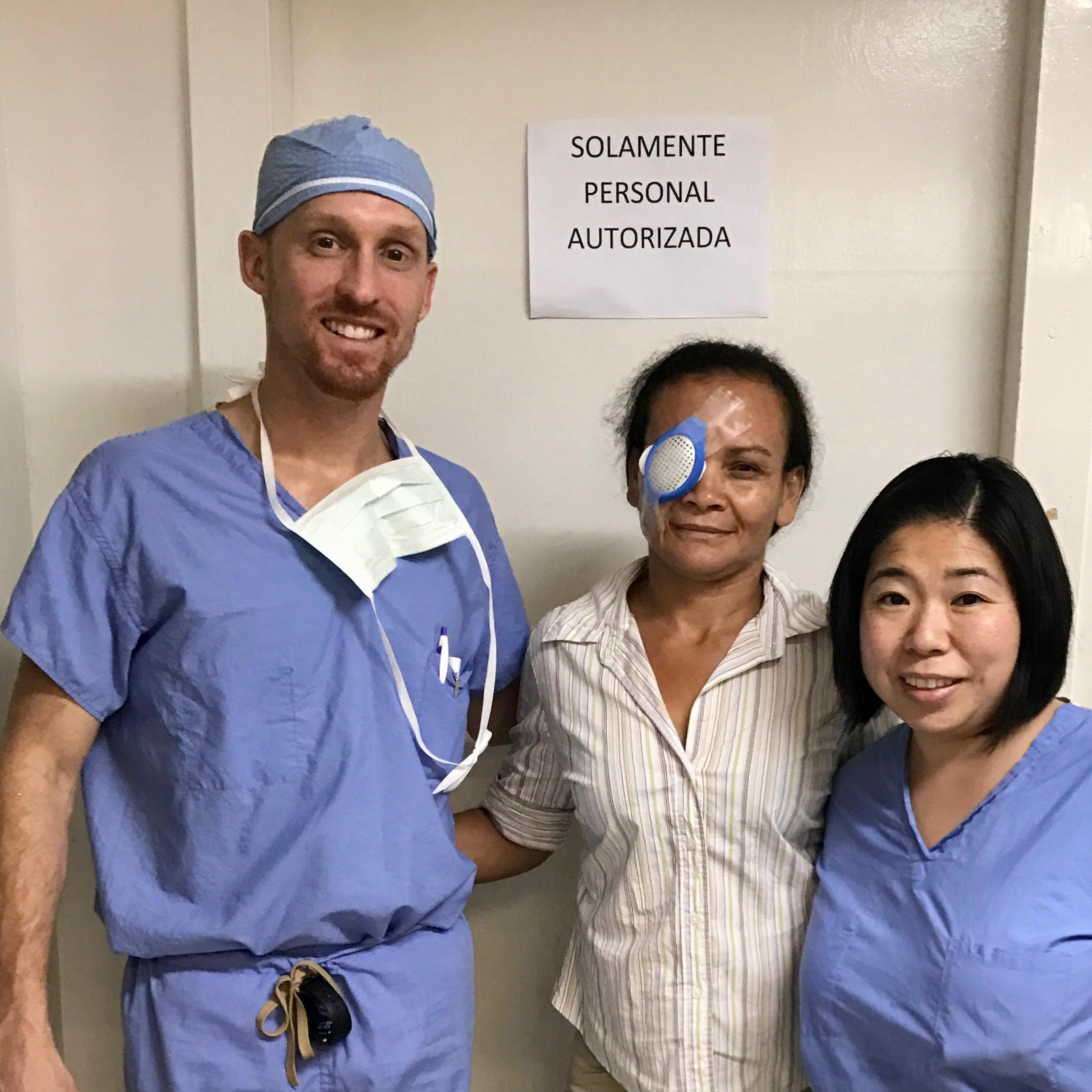 Dr. Dan Solverson, a board-certified ophthalmologist, joined Health in Sight Mission in 2015. Dr. Solverson served as a physician in the Army at Landstuhl Hospital in Germany during Operation Enduring Freedom. In addition to working in Roatan, he also practices at Eye Physicians and Surgeons in Wisconsin.

Since childhood, Dr. Solverson knew wanted to be a doctor. During medical school rotation, he stumbled upon ophthalmology and felt as if he won the lottery! He enjoys the variety, the surgical aspect, and the amazing intricacy of the eye.

Path to Health in Sight Mission

Dr. Solverson’s path to Health in Sight zig zags around the world with several random events that in hindsight are orchestrated by God. Called to missions early on, he and his wife, Jo, a nurse practitioner, met Ms. Peggy from Clinica Esperanza on a visit to Roatan almost 20 years ago. They promised to return after they both actually officially knew something — first, both had to finish medical training!

Fast forward several years, after a tour in Germany caring for combat eye injuries evacuated from Afghanistan, and after a humanitarian surgical deployment to Honduras. By chance, Dan and Jo again reunited with Ms. Peggy at a wedding full of Clinica Esperanza volunteers, and she connected them to Dr. Bowers. The rest is history, as they have been working with Health In Sight ever since.

Another pivotal event was the exact moment that Dan and Jo chose to share their daunting calling with their close friends and church family. Doubtful that the team and supplies would materialize, Dan and Jo hesitated revealing their plans because they feared the accountability that would follow. In the instant Dan began defeatedly explaining that the funds were not coming through, Jo’s phone “dinged” with a notification of a new message from a major surgical supply company, and, amazingly, it explained that they had been approved for over $100,000 in supplies! The best part is that email was signed by the approving employee, whose name just happened to be Jesus.

Dan and Jo feel humbled and blessed to be a part of Health in Sight and answer God’s calling. They typically bring their four children, as well as their friends, consisting of an artist, a Chicago police officer, a respiratory therapist, and an accountant.